The Best Way to Lead Others to the Heart of God 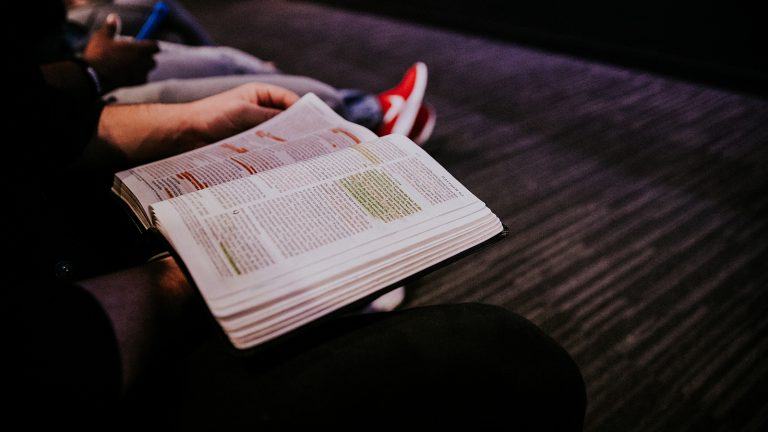 A basic knowledge of the Bible quite often comes in handy. Even better is a knowledge that moves from one’s head to one’s heart. And as we’ll see in today’s reading, a full understanding of God’s Word can be the best way to lead others to the heart of God.

18 Paul stayed on in Corinth for some time. Then he left the brothers and sisters and sailed for Syria, accompanied by Priscilla and Aquila. Before he sailed, he had his hair cut off at Cenchreae because of a vow he had taken. 19 They arrived at Ephesus, where Paul left Priscilla and Aquila. He himself went into the synagogue and reasoned with the Jews. 20 When they asked him to spend more time with them, he declined. 21 But as he left, he promised, “I will come back if it is God’s will.” Then he set sail from Ephesus. 22 When he landed at Caesarea, he went up to Jerusalem and greeted the church and then went down to Antioch.
23 After spending some time in Antioch, Paul set out from there and traveled from place to place throughout the region of Galatia and Phrygia, strengthening all the disciples.

24 Meanwhile a Jew named Apollos, a native of Alexandria, came to Ephesus. He was a learned man, with a thorough knowledge of the Scriptures. 25 He had been instructed in the way of the Lord, and he spoke with great fervor[a] and taught about Jesus accurately, though he knew only the baptism of John. 26 He began to speak boldly in the synagogue. When Priscilla and Aquila heard him, they invited him to their home and explained to him the way of God more adequately.

27 When Apollos wanted to go to Achaia, the brothers and sisters encouraged him and wrote to the disciples there to welcome him. When he arrived, he was a great help to those who by grace had believed. 28 For he vigorously refuted his Jewish opponents in public debate, proving from the Scriptures that Jesus was the Messiah.

8 Times John Lewis Inspired Us With His Faith and Optimism

Trauma into Triumph with Iman Gatti

How Comfortable Are You Going Back to Church?