The Christmas Solution For Understanding Giving 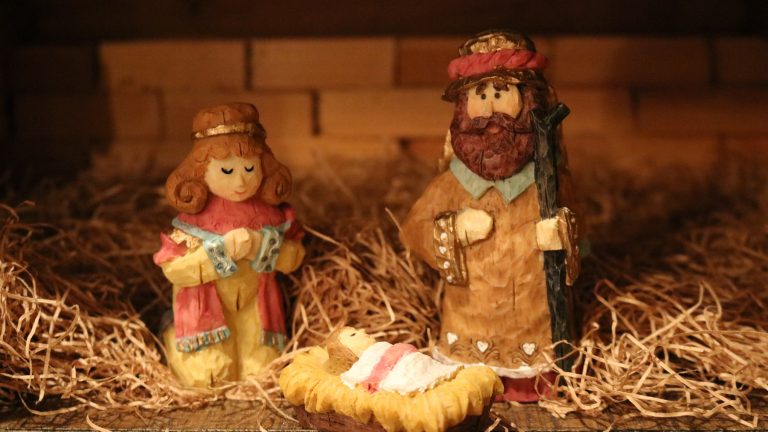 A few years ago our family had a dog named Scottie. When Scottie was just a one-year-old puppy, I noticed him looking a little green around the gills. Usually hyper and bouncing off the walls, this particular morning I found him in the corner, head down and nose warm. I didn’t think much about it until later when he tried to walk on shaky legs. I took him to the vet and she decided to keep him overnight for observation. One night turned into two, and observation turned into blood work, which turned into x-rays, which turned into surgery. It was found that our chews-on-everything puppy had chewed on a stick, which was connected to a string, which had unraveled in his intestine, resulting in rope burns and 15 holes. In total, Scottie spent almost 2 weeks in the animal hospital, underwent 2 major surgeries, and had 23 stitches. And, of course, all of this happened at the beginning of December, just 3 weeks before Christmas.

A few days into the ordeal, when the vet bill was still manageable, the doctor called us into her office to discuss our options. And they were pretty clear. Without the surgery, Scottie would die. With the surgery, Scottie would live, but our mounting vet bills would triple, thus causing us to dramatically scale back on Christmas presents. This was not an easy decision. It was one to be made as a family.

We went home, called a family meeting, and laid it all out on the table to our three kids. If Scottie had the surgery, the number of wrapped packages under the tree would dwindle significantly. If, on the other hand, Scottie didn’t have the surgery, there would be an abundance of presents, but, sadly, no Scottie. After praying as a family, a choice had to be made.

Starting with the oldest, with tears in her eyes, our 11-year-old eagerly chose Scottie. Next was our 8-year-old. He was Scottie’s “squeaky-toy buddy” and so without reservation, he, too, chose Scottie. Finally it was our 5-year-old’s turn. He too was crying, but not for the same reason. Oh, he loved Scottie, but for this 5-year-old, presents were monumental. And when it came right down to it, between Scottie and the gifts, the scales were pretty much dead even. Finally, overcome with the weight of his decision, he couldn’t take it anymore and said in broken sobs one word… “Scottie!” It was unanimous. Scottie had the surgery. And I’m happy to say that he lived well into the double-digits of his doggie life.

Giving up what we have (or hope to have) for the sake of love is never easy. All too often, giving means sacrifice. And, quite frankly, sacrifice scares us. But what if we could look to an example of sacrifice that didn’t end badly? There would be difficulties, yes. There would be suffering, pain, and loss… yes. But the end result? To the giver, it is worth it all. Is there such an example? You bet there is. And we need look no further for it than the Christmas story.

“The Sacrifice from Almighty God wasn’t that of mere possessions.”

Before our mind’s eye conjures up images of a manger, hay, animals and a star, let’s step back even further in time… before the creation of time. Let’s go all the way back to the beginning.

… the Word was with God… the Word was God. Perfect unity. Perfect relationship. Before anything was, they were. Before love was ever expressed, love was divinely experienced. And all was well. And then in verse 14, John fast-forwards to the manger…

“So the Word became human and made His home among us… And we have seen His glory, the glory of the Father’s one and only Son.” ~ John 1:14 (NLT)

Somewhere between in the beginning and the Word became human, something happened. Mankind got sick. And the price for healing was high.

Jesus… the Father’s one and only Son, became Jesus… the Christmas Baby… Jesus… the Easter Offering. Mankind was dying and there was only one solution. And He was it. The Sacrifice from Almighty God wasn’t that of mere possessions. It was more intimate than that. More personal. And much more painful. And He did it anyway.

This Christmas, as we picture the manger scene, let’s do so with greater insight. For the sacrifice to pay the price for man’s healing began on that starry night. The night when the tender delivery of a Father’s love, wrapped in a blanket of innocence, was placed in the arms of a young mother.

Obedient Nobodies of the Bible: The Newborn Baby

Practice and Preparation with William Leathers