Baptist Pastor Thinks Outside the Box, Opens Bar for Spirits and Spiritual Conversation 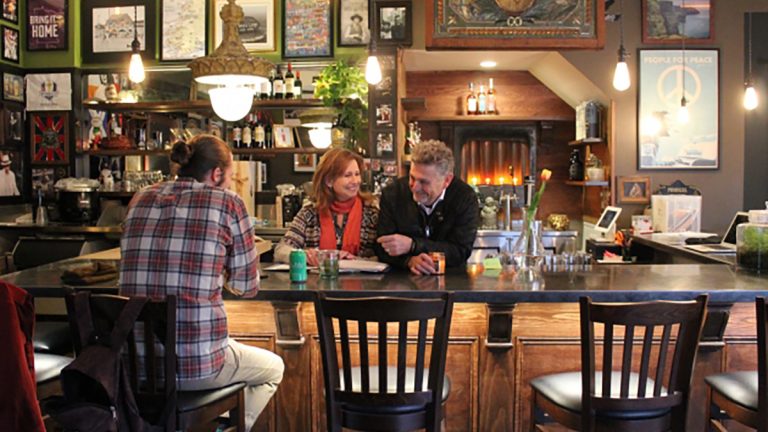 A pastor of a multicultural church in Minneapolis believes the church has to do new things and think outside the box to bring the community together.

Jeff Cowmeadow is the pastor of Calvary Baptist Church who, along with his wife, Randi, have always dreamed of owning a bar. Together they have opened up Prodigal Public House, located one block away from Calvary Baptist. The pub serves food and focuses on whiskey and Guinness.

They opened up about their new venture to the Southwest Journal.

“We believe that the church has to do new things. We have to think outside the box,” Cowmeadow said. “People have been very generous to help this come to fruition.”

The establishment’s name is inspired by the Jesus’ Parable of the Prodigal Son and was suggested to them by Kieran Folliard, an entrepreneur known for launching ventures like The Local and The Food Building.

“To me, the prodigal son story is about being welcomed home,” Folliard said, as told by Cowmeadow. “You’re not going to be the biggest Welsh pub, or the best Irish pub, or the best British pub. But you can be the best pub that truly welcomes people home.”

In another interview with local TV station WCCO, Cowmeadow said, “We can have spirits and have spiritual conversation. You can laugh, cry, do life together in a pub.”

The Prodigal Public House opens May 9.

Making a Band with I Am They’s Matt Hein

Top Church Trends in 2020: Church Hopping On The Rise