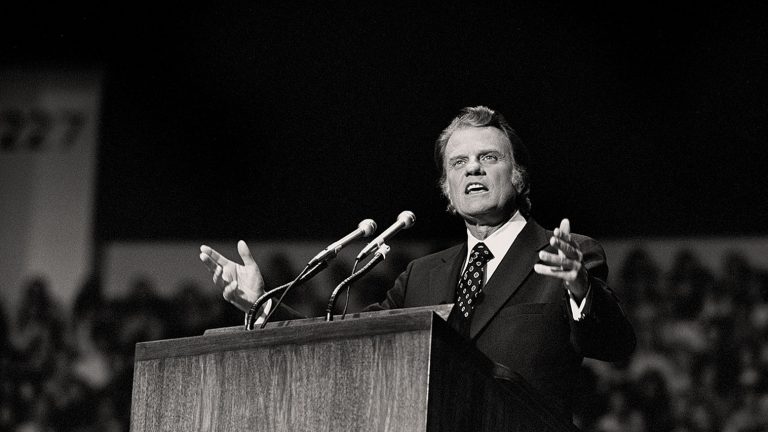 It has been a year since the passing of renowned evangelist Billy Graham and many took to social media yesterday to pay tribute to his life and legacy. Graham, who died at the age of 99, was known as American’s pastor and is credited with bringing millions to Christ.

Franklin Graham continues in his father’s footsteps as president and CEO of the Billy Graham Evangelistic Association and of Samaritan’s Purse. He shared many thoughts and memories throughout the day on Twitter.

Graham’s grandson, Will Graham, recently portrayed the North Carolina preacher in the film Unbroken: Path to Redemption and reshared his reflections from the year prior.

Of course, the family weren’t the only ones to pay tribute. Here are just a few of the posts we’ve gathered from news outlets, celebrities, and politicians:

Others joined the conversation as well, offering quotes, memories, and gratitude.

From our own perspective, Don Millar, Director of Operations at Faith Strong Today, had the following to say about Dr. Graham’s legacy:

In this day and age when we see the tragic failure of so many church leaders, which in turn affects the lives, spiritual and otherwise, of their flocks, Billy Graham serves as an inspiration and example of what a “man after God’s own heart” should be. He was always aware of how his actions should reflect the One he served and, as a result, there was never a hint of impropriety or scandal. A year has not dulled the pain of losing him from our presence but we rejoice that he is in the presence of the Almighty. “Well done, good and faithful servant.”

Many visitors pay their respects at the Billy Graham Library in Charlotte, North Carolina, where Graham was laid to rest last year at the site of his childhood home.

Top Church Trends in 2020: Church Hopping On The Rise

Time to Change Your Prayer Style