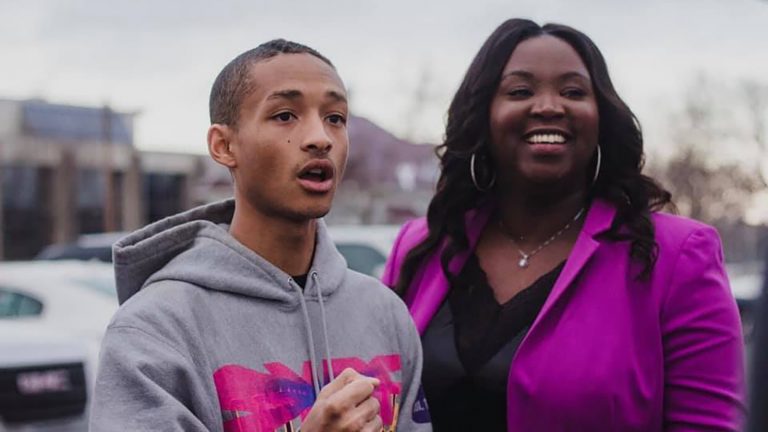 Jaden Smith, the popular actor, musician and son of Will Smith, is no stranger to philanthropy. Back in 2016, Jaden Smith was awarded the Male EMA Futures Award for his contribution to the ethically sourced and environmentally conscious water bottle, JUST Water. More recently, the actor focused his charitable energy to the people of Flint Michigan and their ongoing water crisis.

The Flint water crisis can be traced back to a money-saving decision made by Michigan decision makers back in 2016. It’s a complex political story which resulted in a lack of potable drinking water for a large swath of Michigan area residents.

By any measure, the Flint water crisis is a disaster. One that hasn’t shown signs of stopping. That’s not to say that there haven’t been bright spots. The American Red Cross and the United Way of Genessee County have stepped up to help. As have residents of the neighbouring city of Lansing.

Enter Jaden Smith. Smith, with the help of his philanthropic group 501CThree, partnered with First Trinity Missionary Baptist Church of Flint to help bring clean water to the people.

The First Trinity Missionary Baptist Church of Flint has been distributing clean water to Flint residents for roughly three years. The partnership with Smith’s charitable organization will grant them the financial means to be able to distribute a device known as the Water Box throughout the affected areas.

The Water Box is a mobile water filtration system designed to reduce heavy metals and harmful bacteria from water. This ingenious device should lower the city’s dependence on outside water donations by adequately filtering out the harmful elements of the water currently flowing from Flint taps.

Hope comes in all shapes and sizes. In Flint’s case, it comes in the form of awareness, celebrity star power, and a self-sustaining water fountain on wheels. Kudos to you Jaden Smith.

Remember, you don’t need to be a celebrity or a chair of a charitable organization to give to those in need. If you’d like to support Jaden Smith’s effort to bring clean water to the people of Flint, Michigan, you can do so right here.

Calm Your Heart with Art