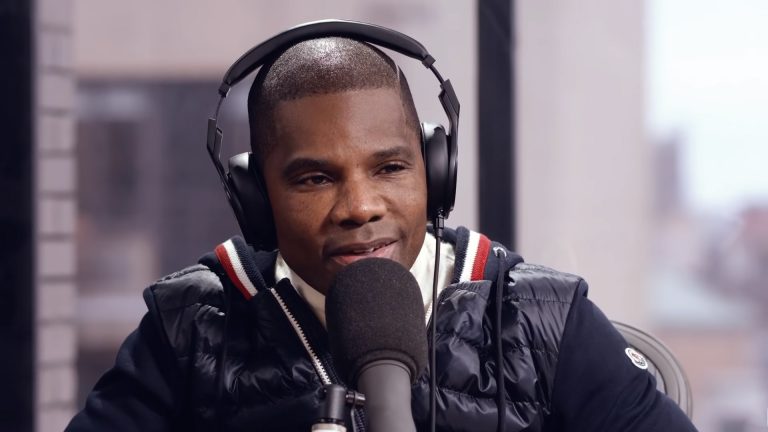 Bono and the Bible, Kim & Kanye Baby Name, and Sia at Sunday Service

Gospel ambassador Kirk Franklin is no stranger to big-ticket collaborations. The impossibly talented singer has appeared on records with Stevie Wonder, Salt-n-Pepa, Tori Kelly, TobyMac and many, many more.

One of Franklin’s most notable collaborations, his appearance on Kanye West’s gospel-infused epic “Ultralight Beam,” introduced the power of Gospel music to an altogether different audience back in 2016.

More recently, Kirk Franklin sat down with Ebro Darden on Darden’s popular “Beats 1” radio show to share some insight on the now-legendary collaboration with one of Hip-Hop’s biggest stars.

Though the public wasn’t tipped off to their relationship until West dropped The Life of Pablo, Franklin tells us that the relationship between the two began much earlier.

“Back in 2012, I just got this random call that Kanye wants to come to your house,” Franklin recalled. “The day after Thanksgiving, [Kanye], his pops, his cousin, some of his people, they pull up to the house.”

Franklin said that West was driven by a desire to help elevate the production value of Gospel music. The collaboration wouldn’t see the light of day until much later, but Franklin and West maintained their relationship through it all.

Franklin also used the sit-down interview to commend West for his recent “Sunday Service” project. These weekly praise gatherings have been a bit of a mystery and talking point in the Christian community, but Franklin sheds some light on the elusive events and says he believes West’s motives are pure.

Though Franklin made clear that he doesn’t endorse all of West’s antics, he doesn’t believe in throwing people away for bad behaviour because as he sees it, “I was thrown away by my Mommy and Daddy. So no human being will ever be thrown away by me.”

It was a touching, passionate, and thought-provoking behind-the-scenes look at the state of gospel music, hip-hop and the difficulty in bridging the gap between the two cultures.

If you’re curious, you can watch the whole 7-minute interview below.

Obedient Nobodies of the Bible: The Newborn Baby

Obedient Nobodies of the Bible: The Shepherds