Melba Pattillo Beals and the courage of the Little Rock Nine 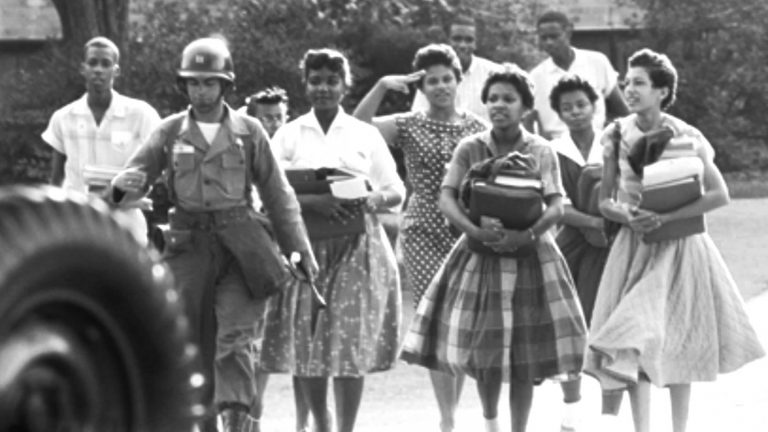 All things being equal, a student’s first day at a new school is supposed to be exciting. There’s the prospect of building new, long-lasting friendships, meeting your new teachers and getting acclimatized to your new home-away-from-home. And, on that fateful September morning in 1956, 16-year-old Melba Pattillo Beals was excited.

She was excited, not to meet new people and make new friends, but to finally enjoy the incalculable benefits of a better-quality education. But Melba’s quest for personal development is just a side story, for the impact of Melba’s enrollment to the Central High School in Little Rock extended far past the borders of Arkansas.

They inspired millions of African-American students across the U.S. to demand equality and freedom from oppression.

Up until a few years prior, Little Rock’s Central High School was designated as “white-only”. But history and the United States Supreme Court had decided that racial segregation was a thing of the past. Two years earlier, in 1954, the highest courtroom in the country ruled that the segregated US school system was unconstitutional. Effectively opening the doors of all-white schools to African American students.

Melba Beals, along with 8 other, previously banned African American students, expressed their right to equal education and vowed to be the first to enroll at Little Rock’s Central High school.

Much of the country was watched anxiously as many others banded together in protest. Fearing trouble, then President Dwight D. Eisenhower asked the 101st Airborne Division for help. And, as if young Melba’s first day at school couldn’t get any stranger, she was forced to share her ride to school with a rifle-toting armed guard.

When they arrived at Central High, the students were greeted by an angry mob of white protestors waving signs, shouting epithets and telling the students (some as young as 14-years-old) that they didn’t belong.

For their courage in the face of hate and ignorance, Melba Patillo Beals and her friends earned their place in the annals of history as “The Little Rock Nine.” They inspired millions of African-American students across the U.S. to demand equality and freedom from oppression.

However, Beals’ contribution to the fight for African-American civil rights didn’t end at graduation. Her book, “Warriors Don’t Cry: A Searing Memoir of the Battle to Integrate Little Rock’s Central High” has been translated into over 30 languages and has become a favourite text taught in middle and high school social studies across the United States. She, along with the rest of the Little Rock Nine, was awarded the Congressional Gold Medal.

Melba Beals was reunited with her high-school tormentors in search of closure and clarity on an episode of the Oprah Winfrey show in 1996. Melba preached unity and compassion to a crowd of appreciative onlookers at the 50th anniversary of the Little Rock Nine’s ordeal. Melba also wrote two more books, detailing her life before the Central High ordeal (March Forward, Girl) and detailing her relationship with God (I Will Not Fear).

For her entire life, Melba Pattillo Beals has championed equality, compassion, education and faith. You can learn more about her harrowing fight for equality by watching her recent appearance on Your Story with Melinda.

Controlling Your Career with Blanca

Why Failure isn’t Fatal and the Power of Self-Talk