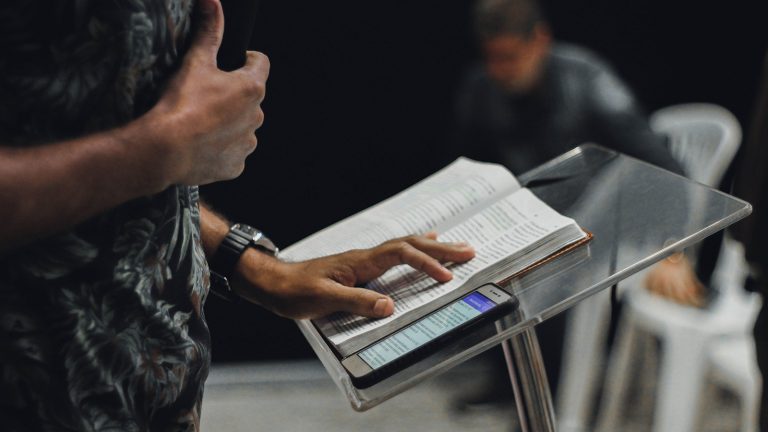 It’d be easy to confuse a tech company’s rising stock price as a vote of confidence. The consumer votes with their dollars after all. But, what with all of the political confusion, misinformation and privacy concerns, the tide of people’s trust seems to be turning against the ever-growing tech industry.

Data collected and published by PEW research has uncovered a trend that is surely a cause for concern for the higher-ups of Silicon Valley.

According to the report, the tech industry was “widely seen as having a positive impact on the United States,” with 71% of Americans voicing their support in 2015. In 2019 though, the number of those that look on the bright side of big-tech’s global impact has dropped a staggering 21%, down to just 50% overall.

So, what does that mean for our community of churchgoers? Well, good news. The very same PEW research study reported that 52% of those polled say that churches and religious organizations have a positive effect on “the way things are going in [the United States],” overall.

How the numbers will shift and change over the next 10-years is anyone’s guess, but there’s clearly a place for the guiding hand of the Bible. Much like the Ethics and Religious Liberty Commission’s statement on the dawn of Artificial Intelligence, Church leaders must address and lead the conversations surrounding America’s technologically-induced pessimism.

In conversation with Christianity Today, an associate research fellow at the Southern Baptist Ethics and Religious Liberty Commission Jason Thacker explains that “one of the most practical ways the church can help lead in this area is to begin addressing these questions in our gatherings, classes, and small groups.”

Poetry and Diamonds with Dagmar Morgan

In the Midst of Every Challenge Exists Opportunity

Holding onto Faith with Rhonda Robinson

Life After ‘The Voice’ with Courtnie Ramirez

The Timeline of My Life