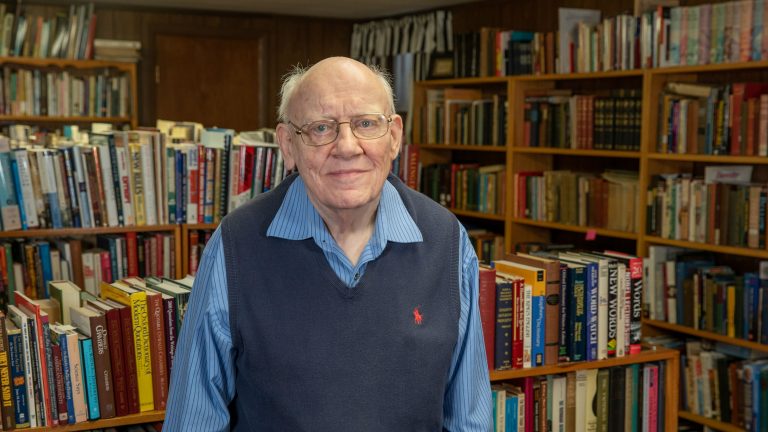 Warren W. Wiersbe will be missed. The Bible teacher, pastor, conference speaker and writer passed on earlier this month at the age of 89. His passing sparked a series of thought-provoking tributes, well-wishes and stories across the international Christian landscape.

Dr. John Neufeld from Back to the Bible Canada shared a touching tribute to Wiersbe. Neufeld was a student of Wiersbe’s, and his teachings inspired Neufeld to follow a similar path. Of Wiersbe, Neufeld said that “He showed us how the Bible not only presents us with God’s truth, but that it does so in a manner that engages us deeply.” Neufeld goes on to say that, “[…] after taking Warren’s class, I had a distinct feeling that I had never read the Bible before.”

Most Canadians would have been aware of Warren Wiersbe as the teacher on the Back to the Bible broadcast in the 80s, but stateside his broadcasting skills went back many years. He was also the author of countless books and articles. Warren had the common touch and inspired a generation of church leaders as well as the millions who were ministered to by his rich understanding of the depth of Scripture and the importance of the gospel.

Born on May 16th, 1929 in East Chicago, Warren Wiersbe found his calling early. He studied at Indiana University before graduating from Northern Baptist Theological Seminary in 1953. While still enrolled in seminary school, Wiersbe was ordained as a pastor and served the Central Baptist Church for a number of years.

His storied career path led him to international radio ministries, countless conference speaking appearances and a bibliography that includes over 150 author credits. Needless to say, he was prolific in everything that he set out to accomplish.

Wiersbe may have left us, but his impact will no doubt endure through the countless Pastors, Theologians and Christians that he inspired over the course of his remarkable career.

Christian Music Playlists to Listen to on Spotify

Art and Quarantine with Branan Murphy