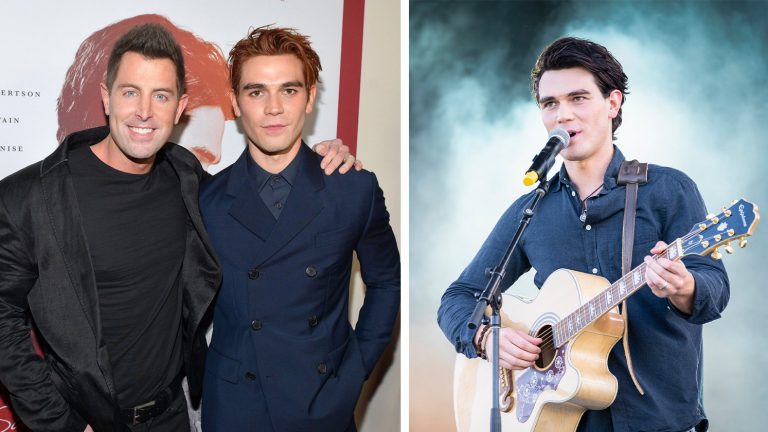 While it’s still uncommon for a Christian book to become a movie or television series, it is happening more and more thanks to production companies like PureFlix, Lightworkers Media and Hallmark Movies and Mysteries. Here are a few examples of popular Christian books turned into movies from the past few years.

Released: March 13, 2020
Starring: KJ Apa, Britt Robertson, Melissa Roxburgh, Nathan Parsons, Shaniah Twain, Gary Sinise
Based on: I Still Believe by Jeremy Camp and Phil Newman
Description: Based on singer/songwriter Jeremy Camp’s memoir and song, I Still Believe tells the story of a difficult time in Camp’s life where his whole world was falling apart and how his faith helped him survive.

Released: March 20, 2019
Starring: Chrissy Metz, Josh Lucas, Topher Grace, Mike Colter, Marcel Ruiz, Sam Trammell, Dennis Haysbert
Based on: The Impossible by Joyce Smith and Ginger Kolbaba
Description: This film tells the unthinkable true story of a St. Louis teenager who falls through the ice and is trapped underwater for 15 minutes before being rescued. Now in a coma, the family must rely on their faith and pray for a miracle as they face their worst fears.

Christmas on My Mind

Released: 2019
Starring: Ashley Greene, Andrew W. Walker, Jackée Harry
Based on: Christmas on My Mind by Denise Hunter
Description: This cozy Hallmark Christmas movie is part romance part mystery. After a bump on the head, Lucy wakes up to an unexplained wedding dress and temporary amnesia. This sends her on a quest to rediscover who she is, what matters most and the truth about her past.

Released: 2019
Starring: David Thorpe, John Rhys-Davies, Kristyn Getty
Based on: The Pilgrim’s Progress by John Bunyan
Description: Based on one of the bestselling books of all time, this animated feature is an epic journey, adapted to modern day. Christian faces distractions, challenges and perils as he journeys along the narrow path to the distant Celestial City.

The Mountain Between Us

Released: 2017
Starring: Kate Winslet, Idris Elba, Beau Bridges
Based on: The Mountain Between Us by Charles Martin
Description: This romance-disaster story focuses on two strangers who are stranded on a remote snow-covered mountain following a plane crash. Since no one knows they’re missing and help is not coming, they must rely on each other to survive.

Same Kind of Different as Me

Released: November 30, 2017
Starring: Greg Kinnear, Renee Zellweger, Djimon Housou, Jon Voight
Based on: Same Kind of Different as Me by Denver Moore, Ron Hall, Lynn Vincent
Description: A wealthy couple whose marriage is on the rocks befriends a local homeless man who changes their perspectives in this inspiring true story.

The Case for Christ

Released: April 7, 2017
Starring: Mike Vogel, Erika Christensen, Frankie Faison, Faye Dunaway, Robert Forster
Based on: The Case for Christ by Lee Strobel
Description: Based on the 1998 bestselling book, The Case for Christ tells the true story of an atheist journalist on a quest to disprove his wife’s Christian faith.

Released: 2017
Starring: Jill Wagner, Luke Macfarlane, Lauren Guci
Based on: Maggie’s Christmas by Karen Kingsbury
Description: Christmas is a difficult time for single mother Maggie. So it’s no surprise that she doesn’t believe in miracles anymore. This Hallmark Christmas movie tells the story of Maggie’s journey through tragedy and sadness, back to happiness and love.

Angels in the Snow

Released: November 15, 2015
Starring: Colin Lawrence, Kolton Stewart, Jaeda Lily Miller, Chris Potter, Kristy Swanson
Based on: Angels in the Snow by Rexanne Becnel
Description: A bickering couple on the verge of divorce become trapped in a remote cabin during a blizzard and learn a valuable lesson about how a loving family can be.

Released: 2015
Starring: Katie Leclerc, Chad Connell, Jacob Blair
Based on: The Reckoning by Beverly Lewis
Description: An Amish romance filled with intrigue, The Reckoning is the conclusion of the Beverly Lewis Heritage of Lancaster County trilogy. When Katie’s former love comes back from the dead, Katie is put in a difficult position—will she go through with her planned marriage to another (not-Amish) man?

Released: March 21, 2014
Starring: Kevin Sorbo, Shane Harper, David A. R. White, Dean Cain
Based on: God’s Not Dead: Evidence for God in an Age of Uncertainty by Rice Broocks
Description: The drama tells the story of a Christian college student whose faith is challenged by an atheist philosophy profession who calls God a pre-scientific fiction. The film is followed by two sequels with a third planned.

8 Times John Lewis Inspired Us With His Faith and Optimism

The Role of a Sports Chaplain with Lorne Korol