Coco Gauff, The 15-Year-Old Tennis Prodigy, Prays Before Every Match 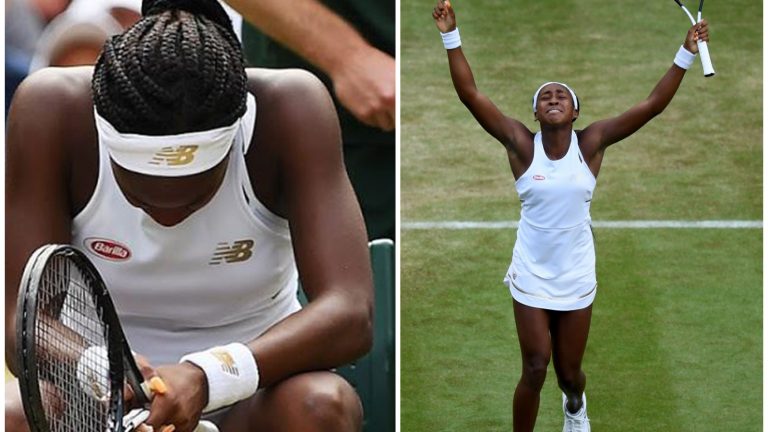 Tennis fans will no doubt be familiar with Cori “Coco” Gauff, the rising star who gave an amazing performance at Wimbledon 2019 earlier this month.

Christopher Clarey wrote about this remarkable event in a touching piece for The New York Times saying, “It was the first Grand Slam singles match of Gauff’s career, and it made quite an impression on those who watched from near and far, including Williams, a five-time Wimbledon singles champion.”

In the article, he also describes how Gauff reacted to her win, first waving to the crowd and then going to her chair where she, “squatted down, put her head against the butt of her racket and cried as she said a prayer.” Gauff said she was thanking God for the opportunity and noted she and her dad say a prayer together before every match, and have since she was eight years old.

From Delray Beach, Florida, Gauff attends Saint John Missionary Baptist Church with her family and sings in the choir. The day before her match against Williams, The Daily Mail reported that Gauff’s mother texted their pastor and asked him to pray for Gauff. He did during a service and Gauff’s grandmother Facetimed with her so she could hear the pastor and congregation pray for her.

After defeating Venus Williams in straight sets, Gauff beat Magdaléna Rybáriková followed by Polona Hercog to make it to the fourth round. She lost her fourth-round match to Simona Halep and was eliminated from the tournament. Wikipedia reports that “Gauff was praised by the media and other players for her performance throughout the tournament and her ‘maturity.’”

Since her sensational wild card Wimbledon run, Gauff tweeted, “Thanks for all the surreal messages and fan support! It has been a dream week. Let’s keep it rolling.”

Hawk Nelson Frontman Posts Statement on Faith, “I No Longer Believe in God”

In Sickness and in Health with Kim Campbell