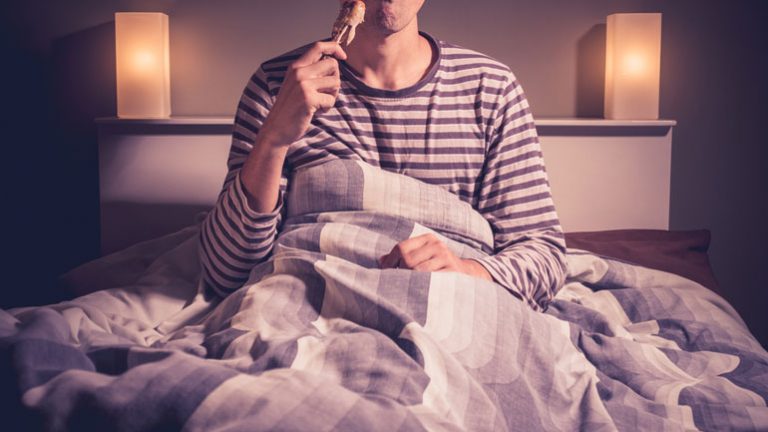 Lately I’ve had a visitor show up around 10:30 each night—hunger pangs. This is annoying because I try not to snack after nine. Despite my conviction, my body is convinced I am in fact starving. And it puts up quite a fight for gratification.

A quick glance at the story of Jacob and Esau leads me to believe the stomach has been the instigator of less-than-healthy choices before and must not be trusted. Here’s how The Message tells it.

I can’t imagine being hungry enough to make such a trade, and yet I can recall many times I acted on impulse without considering the consequences. I hate waiting for things.

“The hardest part about buying into deferred gratification is you have to go against what your entire being wants to do.”

Chuck Swindoll talks about Esau and instant gratification in his book Fascinating Stories of Forgotten Lives. “If I could shout these next three words to your face, I would: BEWARE INSTANT GRATIFICATION! It’s the first sign of desperation and forms a dangerous platform for making decisions,” (67). What’s the solution to this problem? Deferred gratification, otherwise known as self-control.

Developing the habit of deferring gratification is no simple task; our culture lives with the short term in mind. So how do we overcome those 10:30 p.m. hunger pangs when they strike? And what if they’re especially insistent? I have three suggestions.

I first heard this on one of those cop shows and it stuck with me. One character was upset because her suspect was getting off the hook and her partner said, “Take the long view.” Her short-term goal of “getting her man” did not outweigh the long-term benefits of making a deal with the suspect. Taking the long view doesn’t mean you give up on your dreams or wants, it means you take time to gain perspective and acknowledge the benefits of waiting.

This is not a new concept but at the risk of promoting procrastination I suggest sleeping on a decision before acting. Waiting even a day can curb your initial enthusiasm and save you from actions you may regret later.

3. Think about the ends rather than means

Let’s say you’re like me and get the snacking temptation right before bed. If you have a goal of losing weight then you know snacking at night is not a means to this end. Making goals and thinking through how to achieve them makes you more likely to defer gratification and avoid temptation.

The hardest part about buying into deferred gratification is you have to go against what your entire being wants to do. But it will do you good in the end. “Moderation is better than muscle, self-control better than political power” (Proverbs 16:32).

Can You Be a Christian If You Don’t Believe in the Bible?

Life Isn’t Fair: The Parable of the Loaned Money

Three Ways to Find the Silver Lining without Being Fake